As the Monty Python crew were fond of saying, now for something completely different…..

Renewable energy. When we think of renewable energy what comes to mind? Wind turbines? Ungainly solar panels? Tidal power? Whatever it conjures in your mind it will certainly be something relatively new, a new solution to a relatively new problem – the ever growing energy crisis. As we continue to run out of fossil fuels at an alarming rate we are forced to think of new, cleaner and sustainable sources of energy.

What I imagine it will not conjure is a category A listed structure, built by Balfour Beatty and Company Ltd in 1934. The British Aluminium Company had a smelter outside of Inverlochy in the highlands of Scotland and, much like today, it needed power. Because of it’s remoteness there may have been issues transporting coal to the location and so CS Meik & Halcrow designed a solution. The Laggan Dam.

As you drive along the A87 Loch Laggan is visible through the trees on the winding road on your right, but what you do not expect to see, suddenly in the distance is a magnificent man made structure stretching 700 ft from one shore to the other, its 2000 ft radius curve evident. It is a beautiful thing to see, separating the Loch with the river Spean, it’s purpose on the surface is clear; to hold back the massive volume of water.

What is not clear and visible is the hidden masterpiece, and engineering genius behind the dams almost hidden purpose. It holds back water from the loch but if you stay long enough you will note that the loch water level never changes massively. As the water level naturally rises the dam opens valves and water is carried from the loch, through underground tunnels hidden from view to loch Treig and then from there on to Ben Nevis and down into a power station at Fort William through 5 massive steel pipes. A distance in total of 15 miles. The excess power generated by this falling water is then sold to the national grid and was used by the British Aluminium Company.

The dam is an amazing piece of engineering, well worth a visit if you can spare the time. As you look at it remember the hidden engineering beneath your feet tackling a problem that we struggle with even today. We think of sustainable and renewable sources of energy as being a problem for the 21st century, but if you look around there are lots of examples of engineering pioneers tackling this problem in the early 20th century, albeit with different motives and reasons. I wonder what those engineers might think of the 21st century solutions. 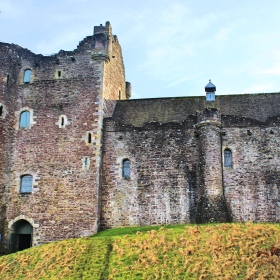 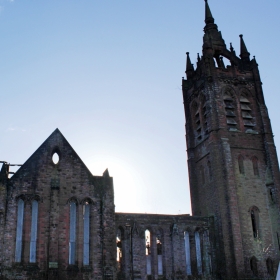